English is now spoken in over 100 countries around the globe and for the approximately 1.5 billion who speak it there exists an endless array of vernaculars-to be expected when you consider that for more than half that number, English is a second or learned language. But for the remaining 328-plus million people worldwide for whom English is the actual mother tongue, you will find an equally broad range of dialects and accents. If English is your first language, you should have no problem distinguishing an Australian accent from a South African one, or differentiating between an Irishman and a Scot. Neither, will you fail to miss the astonishing dissimilarity between a Newfoundlander from Canada and a Texan from the Southwestern United States-and the comparisons go on and on! Mind you, this holds true for almost all of the other major language groups of the world such as Chinese, Hindi, Arabic, etc., each of whom possess their own dizzying collections of syntax and pronunciations. Speaking of which, let's consider for a moment the single most widely spoken language in the world today, which happens to be Mandarin. It is the official language of China but it's by no means a simple affair encompassing about 7 dialects and 42 sub-dialects; and, here's the clincher, Mandarin is not the only language spoken in China! If you have future plans to trek across The Middle Kingdom, prepare yourself for encounters with Cantonese, Gan, Hakka, Huainan, Jin, Min, Wu, and Xiang, not to mention all their associated dialects and sub-dialects. And if that's still not enough, you might want to brace yourself for an additional 1500 or so dialects if you decide to wander into the tens of thousands of villages scattered throughout that vast nation. After those kinds of breathtaking numbers, the English language might seem a little tame in comparison. Actually, you would be somewhat remiss because English is not, shall we say, without its challenges. Simply peruse the Ethnologue, 16th Edition, M. Paul Lewis, Editor (an encyclopedic reference cataloging the world's nearly 7,000 known living languages), and you will soon discover some highly telling statistics where English dialects are concerned. For instance, in the United Kingdom alone you will find something in the order of 34 distinct dialects!

So what then is the "correct" way to speak English? Is there one ideal to which we must all aspire? Some would hastily bestow that crown upon the birthplace of the English language-the British Isles. The thing is, even on those densely populated pieces of real estate you're going to find a spectacular number of dialects (as already mentioned), due in large part to hundreds of years of linguistic evolution. Nevertheless, there is a lingering notion that the "superior" English accent is and always will be "Received Pronunciation" (RP), also known as the Queen's (or King's) English. And why not-let's face it, it just sounds so bloody good! Just listen to some of the better-known Brit actors like Hugh Grant, Colin Firth and Helen Mirren and I rest my case! But, is that reason enough to laud it shamelessly as many still do? The famous British playwright George Bernard Shaw, in his literary tour de force Pygmalion (1913), explored that very notion as he sought to make a critical statement on the superficiality of class, social status and language (with special focus on the "proper English accent"). In the story, we observe how phonetics professor Henry Higgins makes a wager with his friend Colonel Pickering that he can transform a thick-accented Cockney flower girl, Eliza Doolittle, into an eloquent duchess within three months. Professor Higgins readily accepts the bet because he prides himself on being able to determine where a person comes from by simply identifying their accent. Of course, the Professor recognizes that Eliza's linguistic transformation will require some doing, but he feels completely up to the task because he comes armed with several pronunciation tricks designed to help the poor girl pronounce her vowels, diphthongs and consonants "in the way that she should." For example, to help improve her elocution he has her put marbles in her mouth and repeat the sentence, "The shallow depression in the west of these islands is likely to move in a more easterly direction." To help her pronounce her /h/, he has her say over and over again, "But in Hampshire, Hereford and Hartford hurricanes hardly ever happen." After endless days of strenuous work, Eliza's transformation from "draggle-tailed guttersnipe" into a refined, well-spoken lady is complete. When she utters the words, "How kind of you to let me come," at the Embassy Ball, everyone is dazzled by her flawless speech and impeccable pronunciation.

But let's chow down on some reality cookies right about here and fast-forward to the real world of today where no English teacher in their right mind would pull a 'Professor Higgins' on a group of students. First of all, the 21st century has adopted certain pet mantras not the least of which is being "politically" and "socially correct" at all costs. This new mindset has seen today's language teachers place far greater importance on developing a student's ability to communicate well rather than pronounce meticulously. After all, sounding 100% like a native speaker is of little or no value if the comprehension and communication skills are sub par. Nowhere is this more evident than with today's technology. It has allowed the world to mingle more, so to speak, and most notably on the Internet where English largely rules the bandwidth waves. The reason for this is that English is the language of big business, and as we all know money doesn't make the distinction on whether somebody speaks English like Jackie Chan or Sir John Gielgud. In fact, when contrasting the careers of those two gentlemen, both of them actors, it's Jackie Chan who comes out on top in sheer English film box office receipts while Mr. Gielgud had his British knighthood as well as his "Companion of Honour" and "Order of Merit" awards to keep him warm during his lifetime. But, there's still a far broader-reaching question that begs asking and that is what's wrong with having an accent anyway? To cite from one of my own personal teaching experiences, the greatest majority of my students have come from a French background. Invariably, the very first thing I always tell my newbies is that there's absolutely nothing wrong with speaking English with their "delightful" French accents! In fact, we should all be so lucky to speak like that!

So does this mean that striving for the perfect English accent and pronunciation is as dead as the Dodo? Well, actually let's just remove the word "perfect" out of the equation. Students should by all means still try to attain good pronunciation and a pleasant accent. How can they achieve that? It involves five factors that will absolutely make the difference, and they are as follows: a) Voicing, b) Mouth, Tongue, andLip Position, c) Stress and Rhythm, d) Intonation, and e) Word Parts. Let's take a brief look at each of them, starting with Voicing. In English, some sounds are 'voiced,' (the voice box is used) while others are 'voiceless' (the voice box is not used). This can be illustrated with 'plurals' ending in "s". When the plural word is 'voiced,' the "s" is pronounced /z/; unvoiced and the "s" is pronounced /s/. Secondly, we must consider the position of the Mouth, Tongue and Lips. Here, you could draw simple diagrams of tongue and lip positions, or have students imitate you as you model sounds for them-all while having a clear view of your mouth, lip, and tongue movements. After that, comes Stress and Rhythm. In English, the distinction between stressed and unstressed syllables is that stressed syllables are louder, longer and more clearly articulated, while unstressed ones are shorter, compressed, and said very quickly. The way ESL students will learn them is through lots of practice and examples. Intonation is also very important because it indicates the speaker's intentions. So learning to understand the different pitch/variations in English is critical. Finally, we have Word Parts, close cousins of 'voicing.' Basically, the Past Participle of regular verbs (ending in -Ed) has three possible pronunciations-[t]; [d]; [id].

In conclusion, although the foregoing are all necessary elements for achieving good pronunciation, it should again be stressed that students of English should not have the slightest sense of feeling inadequate if speaking like a native is not achieved. It is of far greater importance to have nice, natural phrasing. Besides, as we've already discussed, having a 'foreign accent' is not always a negative thing. Take celebrated French Chef Jacques Pépin for example. He was Charles de Gaulle's personal chef before immigrating to the United States in 1959 and is credited for almost single handedly bringing the French cooking craze to North America. He is a bona fide star, and I'm willing to wager that it probably has something to do with that charming French accent he has when he speaks English! 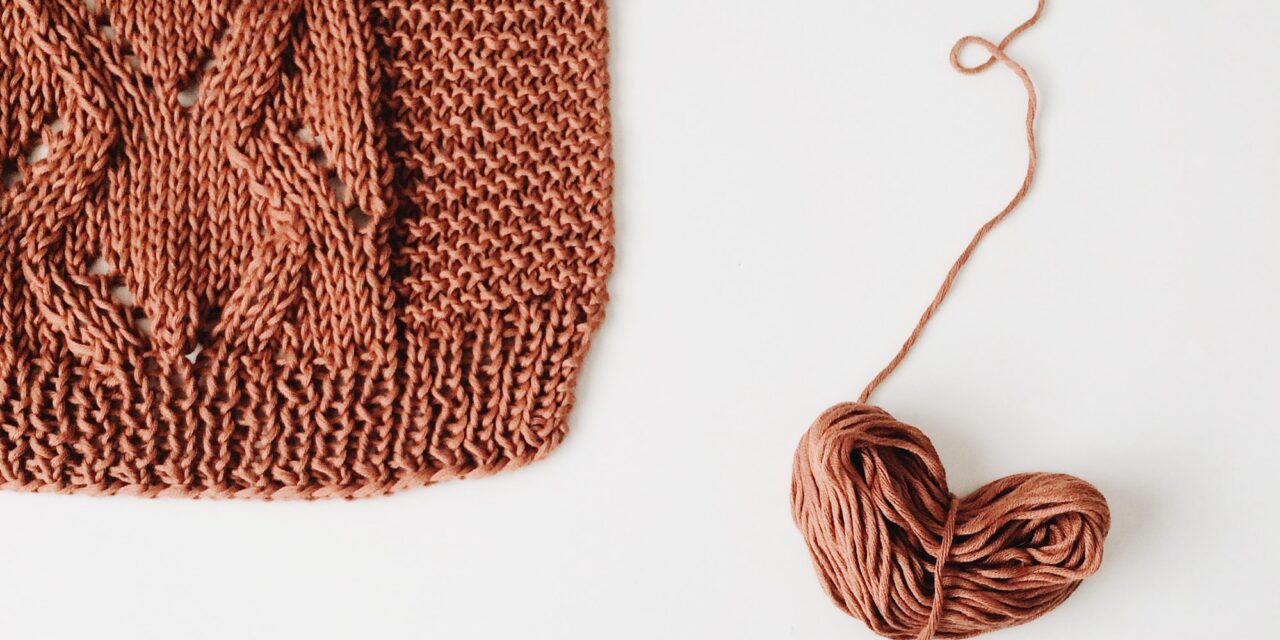 Why Knitting is a Good Hobby 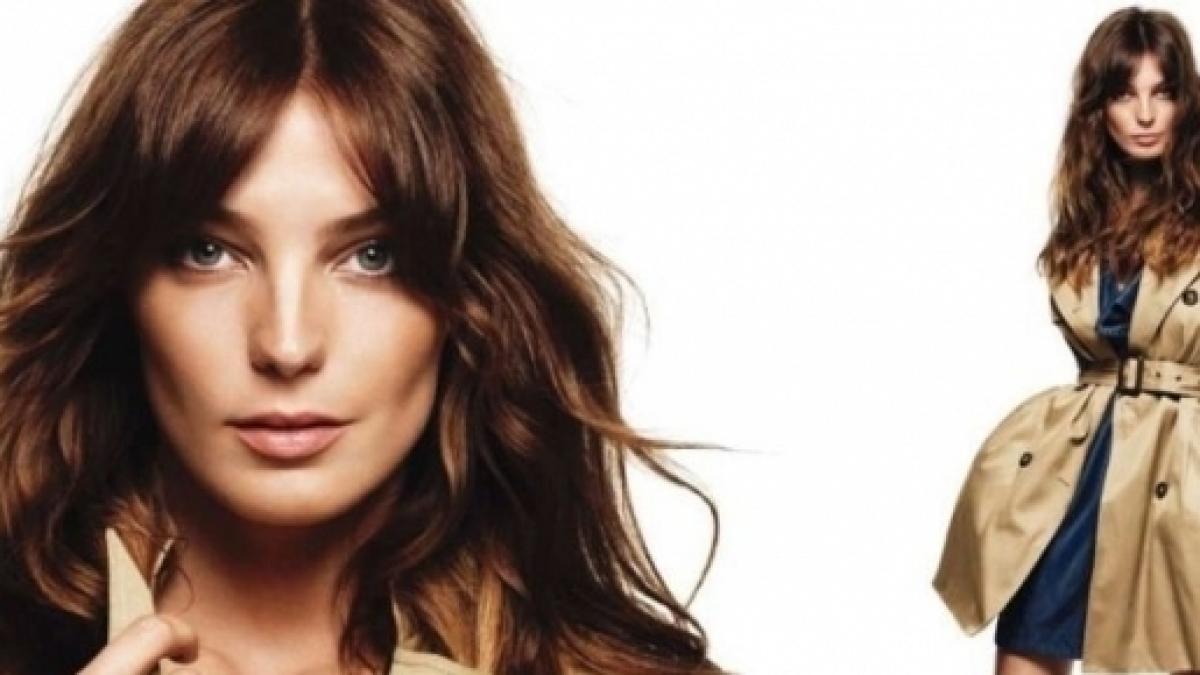